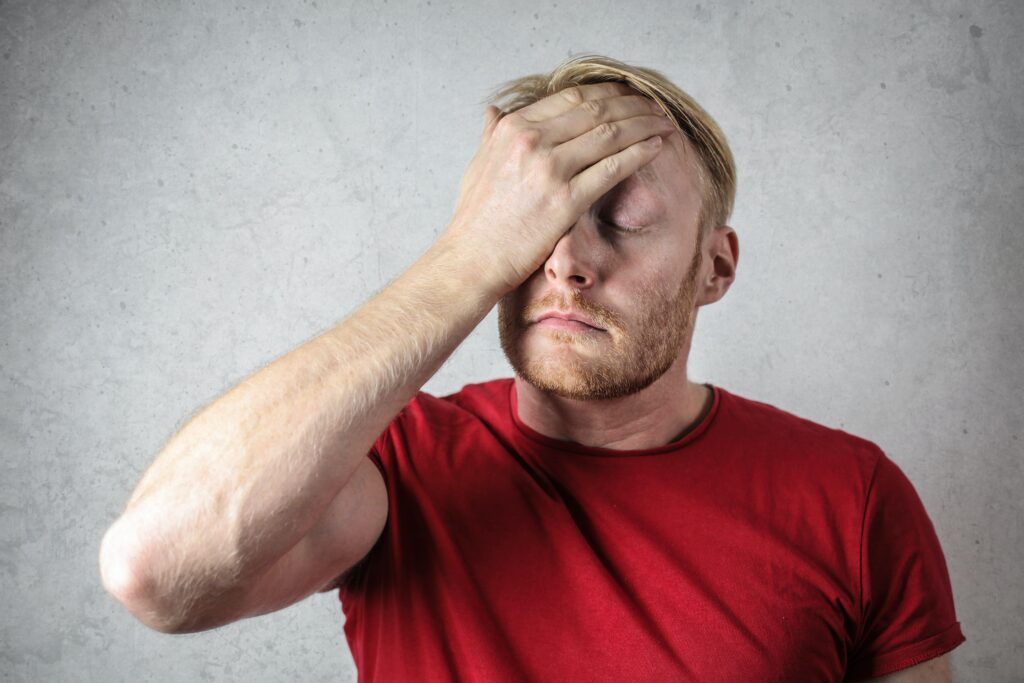 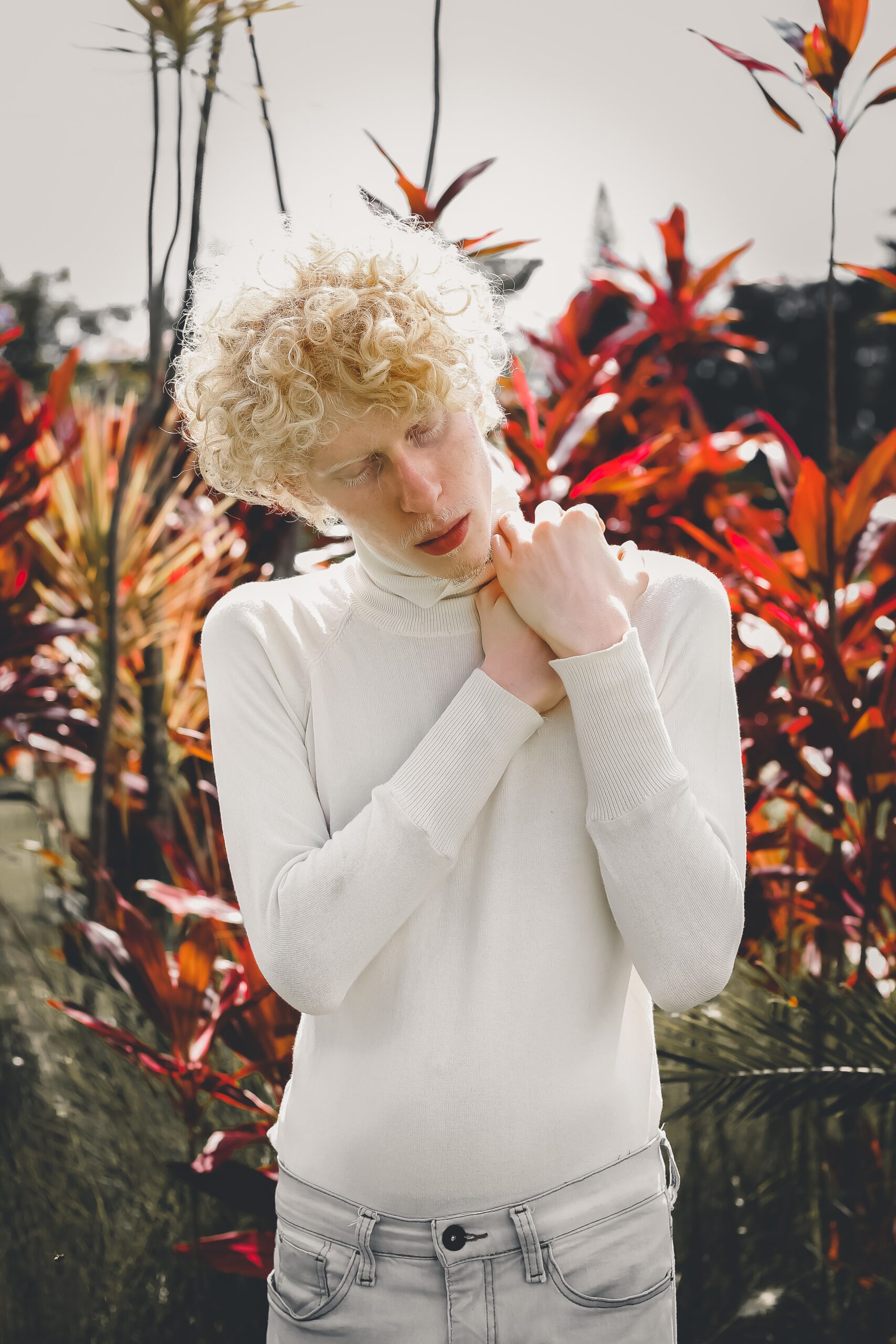 Anxiety can be categorized into the following seven areas:

Generalized anxiety involves excessive anxiety and worry for most days during a period of at least six months. The worry is difficult to control, causing distress, and may include: edginess, easily tiring, difficulty concentrating, irritability, muscle tension, and difficulty sleeping. The most common symptoms include tension, jumpiness, unsteadiness, fright, and the inability to relax. Cognitive functioning is impaired by concentration difficulties, apprehension about losing control, fear of being rejected, inability to control thinking, and confusion. Secondary symptoms include emotional outbursts and hypersensitivity, reduced sexual and interpersonal activity, perfectionism, hyper-vigilance, and exaggerated startle response. A central manifestation of generalized anxiety is anticipatory anxiety. Many studies have concluded the relative effectiveness of cognitive and behavioral therapy for generalized anxiety (Durham and Allan, 1993). Most patients who receive cognitive-behavioral therapy show significant and consistent improvement (Roth and Fonagy, 1996).

Attacks of panic are periods of intense fear or discomfort developing suddenly, beginning with cardiac symptoms and difficulty breathing, and peaking within 10 minutes. A full panic attack usually lasts under 10 minutes, but can continue up to 30 minutes. The panic stems from misinterpretations of physical symptoms. The three types of panic are (1) unexpected or un-cued with no apparent trigger (2) situational bound or cued attacks, in anticipation of or on contact with specific stimuli and (3) situational predisposed attacks, usually associated with specific triggers. Cognitive therapy, combined with behavioral interventions and sometimes medication, has been found to be more effective than other therapeutic interventions. Research has shown that 75 to 90 percent of people with panic were panic-free after cognitive treatment. Medication alone may relieve symptoms of panic for approximately 70 percent of respondents, but without cognitive therapy, relapse rates are far higher (near 100% when medication is withdrawn). Elimination of the panic symptoms alone may not be enough, as low self-esteem and interpersonal difficulties are common among people who suffer panic attacks. The prognosis for treatment with cognitive behavioral therapy is excellent, with over 80 percent of patients panic free after fifteen sessions of treatment (Craske and Barlow, 1993). Anxiety symptoms become manageable so they do not escalate to panic.

A reaction to an extreme stressor that has caused or threatened death or severe injury defines Posttraumatic Stress Disorder (PTSD). Extreme stressors include terrorist attacks, rape, combat, automobile accidents, and natural disasters, among others. The trauma may involve direct experience, observation, or vicarious experience with the stressor. Post-traumatic stress may include one of the following: a great fear and helplessness in response to the traumatic event, persistent re-experiencing of the event (dreams, recollections, or intense distress at reminders of the event), loss of general responsiveness (feeling detached from others, believing one’s life is foreshortened, dissociating from or being unable to recall major aspects of the traumatic experience), sleep disturbances, anger or irritability, severe startle responses, difficulty concentrating due to the stressor that is severe enough to cause significant distress or impairment. Additional symptoms may include shame, survivor guilt, lack of interest in usual activities (e.g., sex), inability to identify emotions, mistrust of others, withdrawal from close relationships, difficulty self-soothing, fear of losing control or going crazy, and psychosomatic symptoms. Symptoms of post-traumatic stress persist for more than a month, and, without treatment, may last for many years after the trauma. Edna Foa reports a 91 percent rate of significant improvement after treatment combining exposure and stress inoculation training, a cognitive-behavioral approach (1995).

Phobias are persistent, unwarranted, and disproportionate fears of an actual or anticipated stimulus (such as snakes, heights, flying, being alone, speaking in public, elevators, dentist’s offices, dogs, thunderstorms, injections, blood, or unusual objects such as balloons or stairs with openings between the treads, etc.) and involve an unhealthy way of coping with that fear. Panic or extreme anxiety may result when the stimulus is confronted. People with phobias are generally aware of their unreasonable reactions, but feel powerless to change them. Phobias result from illogical thinking, over-generalizing, selective perception and negative views of the self and world. Cognitive-behavioral therapy is structured, directive, and focuses on the symptom itself. Once the phobia is identified, skills and techniques are used to gradually face the fears and adaptively cope with the feared stimulus. The prognosis for phobia treatment is generally excellent, with 70 to 85 percent of patients showing significant improvement (Emmelkamp, 1994; Maxmen and Ward, 1995).

Social Anxiety, also known as Social Phobia, involves a persistent fear of humiliation or embarrassment in social or performance situations. Physical symptoms of blushing, perspiration, hoarseness, and tremor may be common with social anxiety. Examples include eating in public, taking tests, attending parties or social gatherings, writing while being observed by other people, speaking in public, performance anxiety (e.g., during sex), and being interviewed. This can lead to underemployment, lower rates of relationships, and panic attacks when exposed to the feared situations. The prognosis of treatment with cognitive-behavioral therapy is excellent, with an average of 90% of social anxiety patients improving through treatment. Group therapy is the most effective treatment for social anxiety. For more information on joining group therapy, click here.

An anxiety about being in places or situations from which escape might be difficult or embarrassing, or which help might not be available (cars, barber shops, supermarket checkout lines, crowds). Agoraphobia is the most common type of Phobia. People with agoraphobia express fear of loosing control and having a limited-symptom attack (loss of bladder control, chest pains, or fainting). You may restrict travel or refuse to travel without a companion. Agoraphobia usually develops later than other phobias, in the late twenties or thirties. The agoraphobic person becomes dependent on substances to cope with the anxiety, or become dependent on a significant person. Cognitive-behavioral treatment involves gradually exposing the patient to the feared situations after skills and techniques are developed to successfully cope with the feared stimulus. Prognosis is good, with two-thirds of agoraphobic patients improving functioning and reducing symptoms, and maintaining gains (Barlow and Waddell, 1985).

Obsessions are recurrent, intrusive thoughts, images or impulses. Compulsions are repetitive, purposeful, driven behaviors or mental acts to reduce anxiety or avoid a feared circumstance. Thoughts or behaviors may be excessive and unreasonable. Obsessions and compulsions are chronic, but may wax and wane in response to stressors. The four patterns of obsessive-compulsiveness are (1) obsessions focused on contamination (washing, avoiding objects viewed as carriers of germs and disease); (2) obsessive doubts that lead to time-consuming or ritualized and repetitive checking (appliance or door and window locks); (3) obsessions without compulsions (usually thoughts of sexual or violent acts that are horrifying to the person); (4) A powerful need for symmetry or precision that causes the need for extreme slowness for even routine activities (eating and dressing). Common compulsions include counting, hoarding, repeating, ordering, asking for reassurance, and touching in a ritualistic fashion. The results of research for obsessive-compulsiveness consistently recommend behavioral therapy as the primary therapeutic intervention, combined with cognitive therapy to reduce intrusive thoughts and ruminations and avoid relapse. Medications can accelerate treatment, such as anafranil or the SSRIs (prozac, luvox, etc). Realistic cognitive-behavioral therapy goals are for a significant improvement in decreasing symptoms, as OCD is a chronic but manageable condition, which can make a significant difference in a person’s enjoyment and functioning in life.

Richard Friedman, M.D., writes in the August 27th, 2002 issue of The New York Times that psychoanalysis rarely works for obsessive-compulsive disorder. Cognitive-behavioral therapy and the S.S.R.I.’s (e.g., prozac) can be highly effective in treating OCD. Brain imaging shows that patients responding to medication or cognitive-behavior therapy showed virtually the same changes in their brains over a 10 week period toward normal function. Learning can clearly change the structure and function of the brain.

Depression can flood a healthy mind with negative thoughts.
Examples of negative thoughts include:
– “I don’t deserve to have any fun”
– “I’ll never get the job, so I won’t even apply”
– “This date will be a disaster because I’ll be rejected”

If you are consumed by such thoughts, your sleeping and eating may be disrupted, your energy may be low for even simple tasks, and you may not be able to enjoy much of anything.

Fortunately, cognitive therapy effectively treats even severe depression, as Sharon Begley reports in the May 23rd, 2002 issue of The Wall Street Journal. Begley writes that for severe depression, the largest and longest-running study to pit medication against psychotherapy found that Cognitive therapy is at least as effective as standard drugs. Jay Amsterdam, a research psychiatrist at the University of Pennsylvania and a co-author of the study, was quoted, “ I didn’t think that in people with real, bio-chemically based depression, cognitive therapy would be effective…. When I saw the result, I told Rob DeBeus [the head researcher of the study] he had a highly effective treatment for depression, and that if he could bottle it he’d have a billion-dollar drug.”

Cognitive therapy may initially work more slowly than medication against severe depression, but after four months, the results are identical, and during the next year, 75% of Cognitive therapy respondents avoided relapse. “This suggests that cognitive therapy has an enduring effect that protects against relapse,” says psychologist Steven Hollon of Vanderbilt University, a co-author of the study. “It looks like people walk away from psychotherapy with something they can use for life.”

Unlike cognitive therapy, antidepressants come with a dark side: unless the medication is continued, a considerable risk of relapse may exist within a year after the medication is stopped. A study published in the January 2004 issue of Archives of General Psychiatry compared a group of depressed adults undergoing 15 to 20 sessions of cognitive behavioral therapy to a group of depressed adults treated with paroxetine (Paxil). The neuroscientists in Canada found that cognitive therapy provides patients with an ‘override capacity,’ helping the patient resist being sucked into the pit of depression. The difference between cognitive behavioral therapy and antidepressants seems to be that antidepressants reduce activity in the brain’s emotion centers, called the limbic system, where stress and negative emotions come from. Cognitive behavioral therapy quiets over-activity in the cortex, the seat of higher thought, teaching the brain to respond to those signals in a healthier way, leading to a more enduring effect. Within a year after stopping the antidepressant, the relapse rate for another depressive episode was 80%; for the cognitive behavioral group, the relapse rate was 25%. (The Wall Street Journal, January 6, 2004, D1).

If your depression is mild to moderate, your therapist will discuss all treatment options and together you will decide the best course of action. For severe depression, or at your request, your therapist will also work with you to recommend a psychiatrist or another medical doctor for a medication evaluation.

Cognitive-behavioral therapy offers you:
(1) a concrete rational for depression and treatment
(2) a highly structured and clear plan for change
(3) feedback and support so that you can see change
(4) skills that increase your personal effectiveness and independence.

Signup for eTips to get the latest hacks to help your relationship thrive!