What threatens your sexual desire?

Gay couples who commit to the person they love may not always realize some of the challenges they face. For instance, one of the easiest things in a love relationship that can diminish is sexual desire. Lurking in any love relationship are ingredients that can combine to lower and even destroy the sex life of a gay couple. We can view these ingredients as toxins that, over time, corrode passion and romance. What are common toxins in love relationships? The toxins that threaten sexual desire include consistent anger, depression, guilt, anxiety, inhibitions, obsessions, compulsions, and shame.

The secret to sexual desire for gay couples

What is the secret to maintaining sexual desire as a gay couple? The answer lies in creating positive anticipation. In our relationships, our challenge is to nurture and reinforce sexuality, and manage conflicts effectively so that they don’t spill over into our sex life. When conflict runs rampant in a love relationship, sexual desire succumbs to the toxic effect of negative conflict patterns. As a gay couple, your challenge is to find time, create energy, and promote enthusiasm for both planned and spontaneous sexual encounters.

The power of anger

One of the most common emotional states that can destroy desire is anger. When you feel attacked or criticized by your spouse, your anger grows, and if the attack or criticism is related to your body or to sex, your desire to be vulnerable weakens. Anger is a secondary or reactionary emotional state, usually connected with fear and/or hurt. A challenge in a relationship is to express your pain by accessing your vulnerability, and expressing this to your partner in a way that can invite him or her to meet your needs.
​

EXPRESS ANGER IN YOUR BEDROOM, AND ESPECIALLY NOT WHEN NUDE, SINCE YOUR VULNERABILITY IS HIGHER.

​Words that go together

Do you or your partner or spouse have inhibitions that affect your sex life? They may include fear of rejection, embarrassment at being nude in front of the other, poor body image, a reluctance to be sexual in front of the partner, lack of initiation, and an embarrassment about making sexual requests. These inhibitions can lead to predictable scenarios, including having sex late at night, with no lights, limited touching, and in only one position, with careless after-play. Rigid patterns of sex diminish desire, since few of us look forward to predictable scenarios sexually. Obsessive thoughts and behaviors can lead to ritualistic behaviors, such as counting intercourse strokes, using three condoms, or jumping up immediately to wash off right after sex instead of connecting.

Is your history imprisoning you?

A final factor that can lower sexual desire is our history. Since more than 90 percent of us have been subjected to negative sexual experiences, guilt and shame may play a part in diminishing our sexual enjoyment as a gay couple. Negative experiences may include major traumas, such as sexual abuse, incest, or rape, or smaller traumas/negative scenarios, like being humiliated sexually, feeling guilty about masturbation or having fantasies, being sexually harassed, and more. As in most areas of our lives, shame does nothing to help us sexually. Rather than being controlled by anger, anxiety, or shame, our challenge as gay partners is to be proud survivors rather than victims of our circumstances.

How to help improve your sexual intimacy and desire

In gay couples therapy, I work with couples to help them become aware of their own sexual poisons, and the self-defeating affects these toxins have on their love relationship. A couple works on confronting and reducing sexual turnoffs, understanding that ceasing behavior is often easier than moderating it. Healthy sexuality requires both balance and moderation, so some toxins can be eliminated, while others require moderation and management.

When sexual toxins are confronted, their power weakens. As each partner assumes responsibility for his or her own turnoffs, we work to help each partner expressing feelings, share problems, focus on your partner’s real intentions, and work as a team to reduce or eliminate sexual toxins as a gay couple. 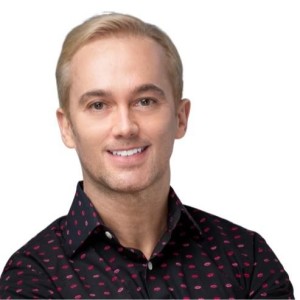 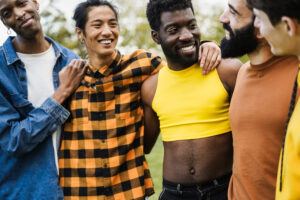 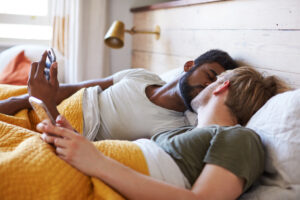 Husband or boyfriend doesn’t want to have sex?
December 27, 2022 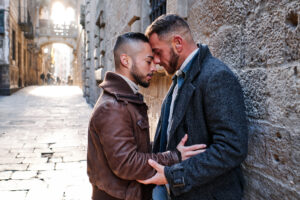 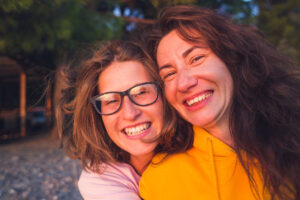 What threatens your sexual desire?
December 19, 2022 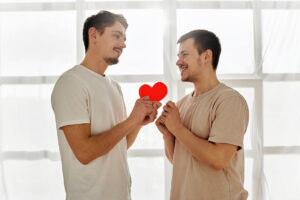 Signup for eTips to get the latest hacks to help your relationship thrive!